Soak in the intense of this moment: tribute to UG 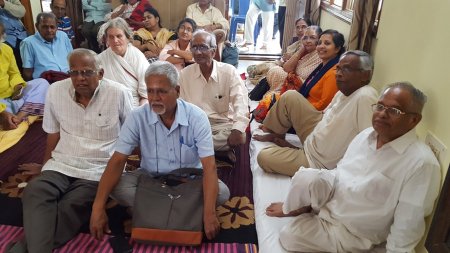 Friends of UG Krishnamurti gathered at ‘Hridaya Vihar’ Bangalore thanks to the magnanimous hosts – Mr and Mrs Chandrasekhar Suguna, on 22 March 2018, Thursday, as part of UG death anniversary – aradhana – celebration; it was on this day 11 years ago that UG left his body at the age of 89 in Vallecroci, Italy. The climax of paradox could be that this meet happens every year in the name of the infamous anti guru crusader UG, who curtly often told his friends: “on my death, throw my dead body on a heap of garbage, and wash off your hands, never to remember me.”

On this occasion one friend Frank Noronha, who came down to Bengaluru from Delhi to be present himself at this event, recalled that UG used to tell him to forget UG completely for the wellbeing and spiritual growth. On asking as to how it could be possible for him to forget UG the most guiding force, UG countered him by saying, “if you could really throw me (UG), you are throwing yourself too along with it.” An interesting point to penetrate, perhaps.

So many friends from far off places, have had come to pay their unforgettable respect and obeisance to an enigma called UG. A few names randomly to mention who made their gracious presence on the occasion – Dinesh Waghela from Goa, who was the pioneer to publish the first book of UG, The Mystique of Enlightenment, followed by the second book, Mind is a Myth in those early years; Dr Leele; Uday Puranik; and Mr and Mrs Vikas Deshpande; Jhunhunwala RP. Malladi Krishnamurti recollected and remembered his strong and strange days with UG in those days, on this occasion. Usha (Bulbul), younger daughter of UG, also made her humble presence there.

Mukunda Rao made his presence with copies of his new book, Sky-Clad: the extraordinary life and times of Akka Mahadevi, to be formally released on 15 April 208 at Ranga Shankara, Bengaluru. Mukunda confessed and confided openly that it appears that he has been now writing books in the shadow or light of UG, that now he could give a new perspective to any subject thanks to UG beatings in him. On this occasion, referring to his most read book on UG – The Biology of Enlightenment, he pointed out that in the spiritual narrative for the first time the body and its biology has been brought in the forefront thanks to UG Krishnamurti. A separate and split psychology is less realistic to life; body is always base and whole and can not be made a taboo to see the life and its flow.

The US boy – Matthew Dougherty came down all the way from America to show a few bits of the samples of his forthcoming film on UG. This boy never met UG, but inspired and fired by UG later, and he has had extensively travelled across the nook and corner of the world in his quest and search for collecting first hand resources and materials, meeting, interacting and visiting several people and places; he has had already done a lot of extensive research for his forthcoming documentary film on UG to be presented to the world. He has now already spent almost eight years of this uphill task of producing a film on the most nowhere to be fitted or framed nonentity called UG, and the fruit of film is yet to come.

Bangalore’s traditional eat menu – idli-vada with sambar and chattni, and pongal for morning breakfast; steaming tea and coffee; watermelon fruit juice to beat the summer heat; lavish sumptuous lunch; sweets; hearty hospitality in love with UG – are the least to be mentioned.

A few friends sang with their heart and soul the Akka Mahadevi vachanas and other melodious songs there, on this occasion, which enthralled all. The full day has gone like a few moments spent in the glimpse of UG. Perhaps, the best tribute to UG is to soak ourselves in the instant intense intensity of the moment. UG needs no promotion; UG needs none of our appreciation and certificates. May we not belittle others in the arrogance. UG is fragrance and freedom. UG is no persona, but the one nameless ocean of existence.

A few random other photos of the occasion: 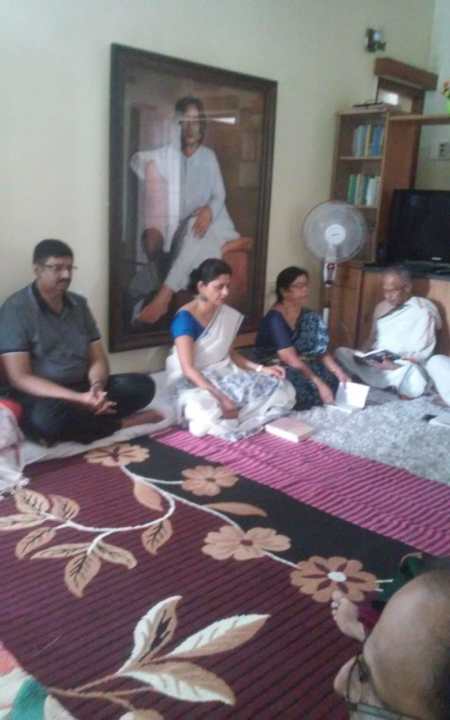 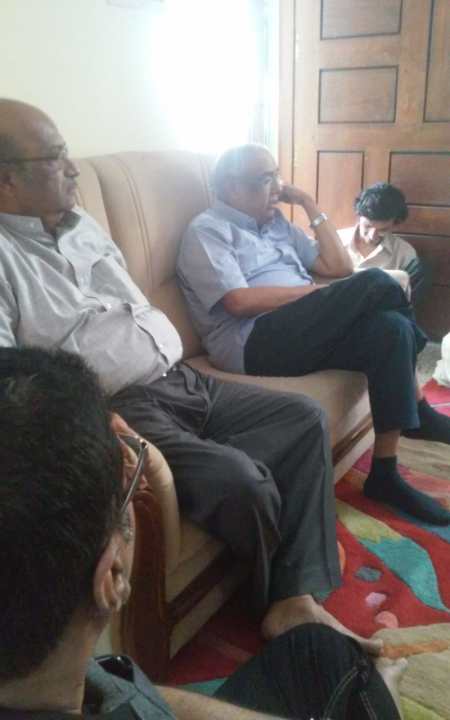 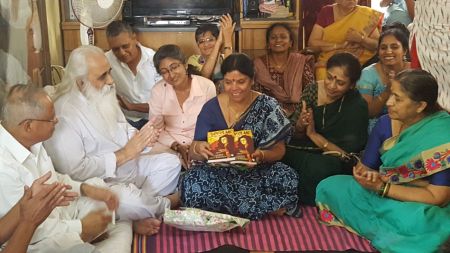 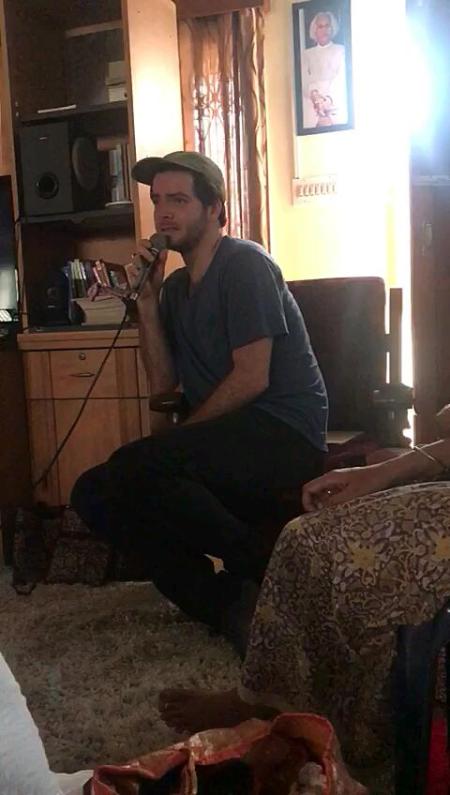