The holy preachings and teachings have already polluted this planet beyond repair, down the lines for centuries and centuries. May UG do some Unholy God barking there.“
– –

Even an Ant can Beat Us 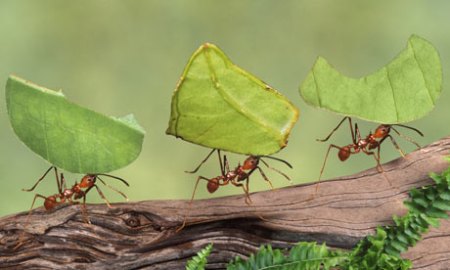 Humans need to be more humble to understand that our intelligence is just peanut, and that even an ant can beat us.

The Excerpts from the above links are reproduced here:

Research led by Dr Matt “It’s also very exciting that ants not only evolved agriculture before humans but also combination therapy with natural antibiotics. Humans are just starting to realise that this is one way to slow down the rise of drug resistant bacteria – the so called superbugs.”
– Dr Matt HutchingsHutchings and published today in the journal BMC Biology shows that ants use the antibiotics to inhibit the growth of unwanted fungi and bacteria in their fungus cultures which they use to feed their larvae and queen.

These antibiotics are produced by actinomycete bacteria that live on the ants in a mutual
symbiosis.

Although these ants have been studied for more than 100 years this is the first demonstration that a single ant colony uses multiple antibiotics and is reminiscent of the use of multidrug therapy to treat infections in humans.

The work, which was funded by the UK Medical Research Council, has also identified a new antibiotic that could be used to treat fungal infections.

Fungiculture in the insect world is practiced by ants, termites, beetles and gall midges.

Dr Hutchings’ research investigates the Acromyrmex octospinosus leaf cutter ant, endemic in South and Central America and the southern US. These ants form the largest and most complex animal societies on earth with colonies of up to several million individuals. The garden worker ants researched were collected from three colonies in Trinidad and Tobago.

“How strange humans are! Despite their claims of high intelligence and great wisdom, they are the only animals that dirty air they breathe, poison the water they drink, and kill the soil that is the base of their food.”
– Tony Oposa Jr
(source)Dr Hutchings said: “This was really a fun project which started with a PhD student, Joerg Barke, streaking leaf-cutting ants onto agar plates to isolate antibiotic producing bacteria. Joerg, with his colleagues Ryan Seipke and Sabine Gruschow, really pushed this project forwards and made these major discoveries. They really deserve most of the credit for this work.”

“We found a new antifungal compound that is related to a clinically important antifungal named nystatin so we’re excited about the potential of these ants and other insects to provide us with new antibiotics for medical use.

“It’s also very exciting that ants not only evolved agriculture before humans but also combination therapy with natural antibiotics. Humans are just starting to realise that this is one way to slow down the rise of drug resistant bacteria – the so called superbugs.”

“We are not created for any grander purpose than the ants that are there or the flies that are hovering around us or the mosquitoes that are sucking our blood.”
– UG

A Cockroach may Reach God 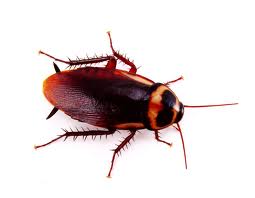 A Cockroach may approach and reach God, but never the man may reach Him.“
– –

“Global Warming is a lie, the real Global Warning is:

‘Wipe out Poverty, or else the Poverty may Wipe out the whole Humanity soon.’“
– –

Some Links on Poverty:
(1) Poverty Facts and Stats
Excerpts:‘According to UNICEF, 24,000 children die each day due to poverty. And they “die quietly in some of the poorest villages on earth, far removed from the scrutiny and the conscience of the world. Being meek and weak in life makes these dying multitudes even more invisible in death.’
(2) Hunger and World Poverty
Excerpts: ‘About 25,000 people die every day of hunger or hunger-related causes, according to the United Nations. This is one person every three and a half seconds, as you can see on this display. Unfortunately, it is children who die most often. Yet there is plenty of food in the world for everyone.’
(3) Poverty (on Wikipedia)
(4) Fighting poverty, a global challenge: by Executive Director of World Innovation Foundation Charity (WIFC), Dr. David Hill
Excerpts: ‘The reason I say this is really common sense, for as the population of the world increases to between 9 billion and 12.5 billion people by 2050, and as the world’s basic natural resources to sustain life dwindles to an acute situation, wars are inevitable under the dictum of the capitalist market system.’

“God
is the very first mistake,
and Man
is the very second
as well as the last mistake.
If both of these species are wiped out from the face of this earth,
there will no more be
any mistakes left on
this planet.“
– –

Our scientists are busy with hunting for extra earth-like

planets so that mankind can survive and live on; and they can continue their looting spree life there too. As the recent report reveals, ‘an international team of planet hunters has discovered as many as six low-mass planets around two nearby Sun-like stars, including two “super-Earths” with masses 5 and 7.5 times the mass of Earth. The researchers, led by Steven Vogt of the University of California, Santa Cruz, and Paul Butler of the Carnegie Institution of Washington, said the two “super-Earths” are the first ones found around Sun-like stars.’ [Link] This kind of discovery news would always give a new boost for our speculation of the possibility of life elsewhere in the universe, as well.

This discovery report also says, “these detections indicate that low-mass planets are quite common around nearby stars. The discovery of potentially habitable nearby worlds may be just a few years away.”

The imminent implication of this discovery of new extra earth like planets is simply that the mankind may embark on a new kind Unless the mankind awakens to the ‘natural order’ of this existence, equally seeded in each of the human as well as other living beings, there is absolutely no hope for the survival of human species.of war and bloodshed in the name of this new found extrterrestial territory rights and supremacy. Super power countries and heads will fight tooth and nail for their supremacy, control and guarded interest.

One thing is sure: No number of extra earth like earth planets can match the ‘greed’ of gone case human species. Unless

mankind awakens to the ‘natural order’ of this existence, equally seeded in each of the human as well as other living beings, there is absolutely no hope for the survival of human species. This is the last hope. At the last resort, the existence may not hesitate to wipe out the whole human species from the face of this earth, if the situation warrants. Let us hope and act for the best.

We are All One: a video message to save us

This is a wonderful eye-opening video on The Nature. the Environ and the Universe with mesmerizing message entitled, WE ARE ALL ONE on Youtube, [Video Link] from
www.weareallone-support.org

The trees there breathe out, and the same we human beings breathe in. Each and every living and non-living entities are very much interconnected and interdependent in the web of this existence. But we human beings under the grip of our superiority and ego trip, turned our blind eyes and failed to see the ‘fine print’ of the existence. We have turned ourselves so greedy and aggressive that we are continuosly challenging the very simple law of the existence. We are now almost on the brink of endager and extinction. The paradox is that this existence knows how to regenerate and sustain with or without human species, inspite of all kinds of rapes and aggressions we have been committing on this earth. It may not be too late to act before the existence wipes out the entire endagering human species from the face of this earth. LET US ACT NOW.

I stumbled upon this beautiful video on ploinkie’s blog, freejalboe.blogspot.com

Please note: Nothing is oneman’s work or mission. Please be part of this small ‘hammering’ mission and be part of the move and moment. Your views may speak more than you assume in this mission. Do air and share your views/comments in these pages. Let’s do it together.